Took a break from working on what’s inside the capsule and took a look at what’s outside!

Up to this point test builds have simply used a flat image of Earth as part of the skybox.  Well not any more!  Some pictures of the new work in progress 3D earth as it rolls under Freedom 7.  I was particularly pleased to see how it looks (and more importantly, moves!) in the periscope.  I was able to pick out the same Islands that Alan Shepard did (or would have, if he hadn’t forgotten to remove the filter!).

I’m really beginning to see why later capsules had the large overhead window, you can hardly see a thing out of the tiny portholes on Freedom 7! 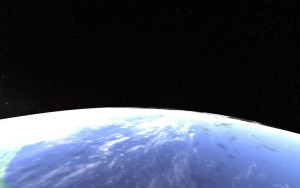 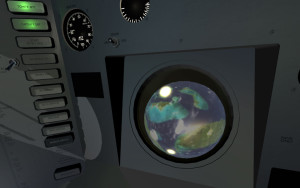