We can now confirm that the Pitch Roll and Yaw controls will in fact make the first demo. Here’s a shot of the new, fully animated control stick in position to the right of the pilot’s seat. In flight attitude control is now functioning correctly and, in the words of Alan Shepard, “It feels great to fly!”.

We are now in the final stages of development and testing before the initial tech demo is released to give people a taste of things to come. It will be a partially interactive recreation of the Freedom 7 flight from 1 minute before launch up until re-entry and chute deploy.

Depending on levels of interest we will then look at beginning crowd funding and early access to continue to expand GFL:Mercury into a full game. 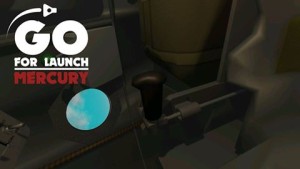