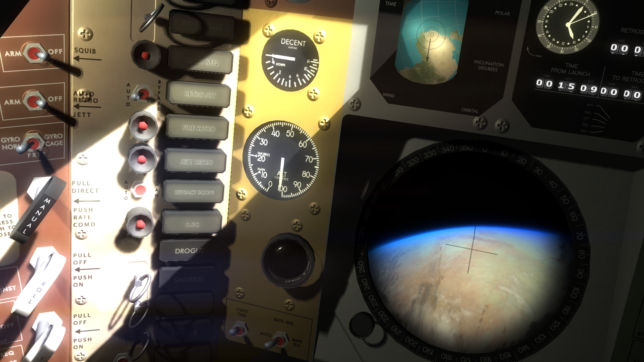 Just a quick progress update to let you all know what is happening behind the scenes.

First off, Mac support!  The Mac demo is now available on the main indiegogo page and will be added to steam later.  The next Alpha content will also have a Mac version.

I am now almost finished updating the Freedom 7 demo to bring it in line with alpha content (Oculus touch, electrical systems etc) and will then be returning to pushing out some mohre alpha builds for backers.  “Developer” level backers should see some small updates in the next couple of weeks with a larger update for “beta” backers a little further down the line.  I’m not 100% sure what order they will come in but expect parachutes and splashdown in the near future along with some more craft systems such as oxygen management.

The results of the last backer survey were extremely useful with many great suggestions.  The number one request has been to add system failures so I am also laying the groundwork for this to be added before release.  Expect electrical, environment and control failures to begin with although there may also be some more advanced situations added further on in development.